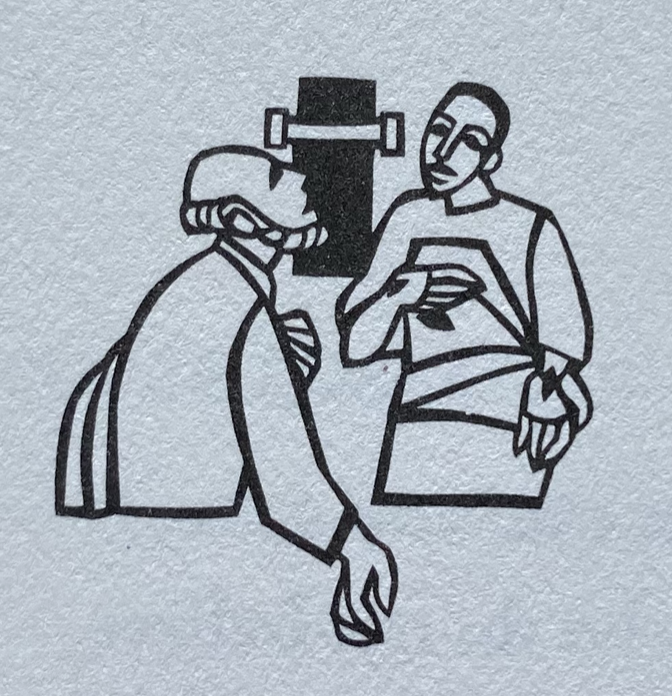 Jesus came and stood among them and said to them, “Peace be with you”  (John 20:19 ESV). Here at International Lutheran Church, we continue our meditation on the resurrection of Jesus from the dead. Each year on the Second Sunday of Easter we reflect on the events of both the night of that first day of the week, and the eighth day following as the disciples are gathered in the locked room of fear and death.

We often focus on the reaction of Thomas called the Twin who emphatically said that he would not believe the news that Jesus was alive unless he put his own fingers into the hands, feet and side of the Savior. Hence, this disciple is often called Doubting Thomas, along with anyone who does not “believe” the most unbelievable news. While doubt or unbelief is certainly a defining element of this account in John’s gospel and in the longer ending of Mark (16:14), it is only a reflection of what is our true spiritual nature due to the Fall. We are born spiritually dead and must be raised from this death by the One who now has overcome our death – Jesus. Some of you have met the newest member of our family, a Labrador/Hound mix named Luna. She can sometimes be quite energetic and full of gumption, especially when she has spotted another dog or bird, and hopefully not a cat. Other times however she can protest and firmly plant herself on the ground and not want to move, no matter how tasty the treat. That posture of laying in the dust is exactly like our spiritual nature. We refuse to budge. There is nothing that can move us. And we would stay this way forever had it not been for the grace and mercy of God who entered our state and laid Himself down for us upon the cross to be lifted up.

As Jesus entered that room the first night of His resurrection, and eight days later, He came with the same purpose to raise them and us from our life of fear and death. In His standing, He caused them and us to stand. Just as we rise to hear the Gospel lesson read each Sunday, we relive that night and enter again into the peace that He brings. Just as we rise from the font or the rail, we do so with our sins forgiven and new faith in Him. While Thomas was given His hands, feet, and side to explore with amazing detail the precious message of those scars, we like him have been given the same task and the same message that the same Spirit breathes into us – to announce the good news that Jesus is alive. Death and fear do not have the last word, but life and immortality.

Yes, the resurrection of Jesus Christ changes everything. What had been a posture of depression, doubt and death now was turned to a posture of victory and anticipation. As Jesus stood in their midst, they were lifted in His peace to share this radical good news in their very lives. Today we, too, are lifted up as Jesus, our risen Lord, lifts us to stand before Him.

Christ is risen! He is risen, indeed! Alleluia!