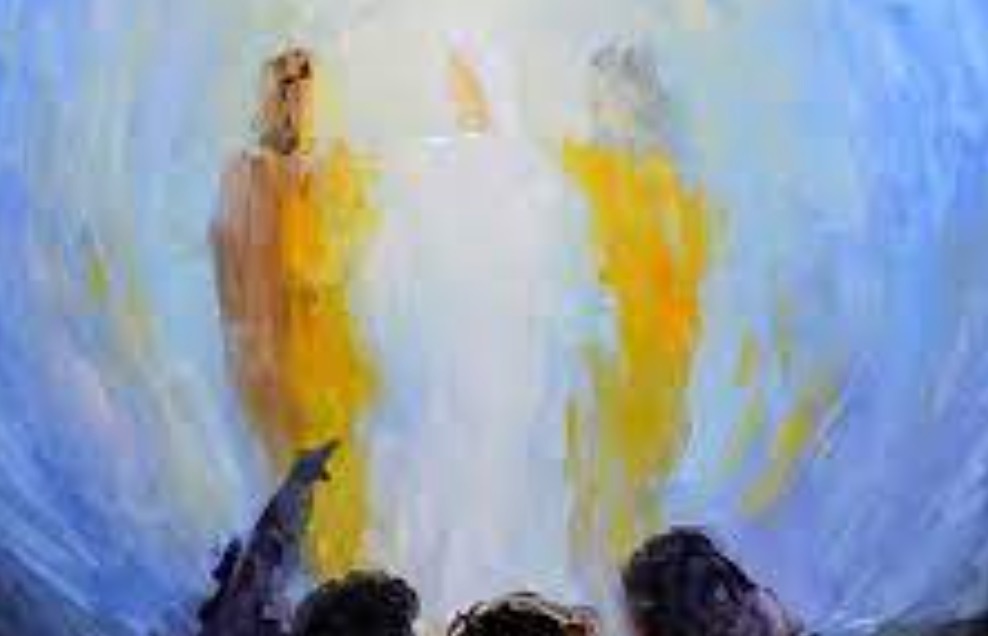 Now Peter and those who were with him [Jesus] were heavy with sleep, but when they became fully awake they saw his glory and the two men who stood with him (Luke 9:32 ESV). The Glory of Epiphany shines brightly in the face of Jesus who is revealed as God’s chosen Son! Today at International Lutheran Church we join Peter, John and James on that holy mountain as our Lord is transfigured before them.

As much as “change” has become a part of our everyday lives living with covid, many of us may have been roused from our complacency of the “new normal” with the recent invasion of Ukraine by Russian forces. One EU leader put it starkly that this kind of event was thought to be a distant part of Europe’s long and often sad history of nation-state against nation-state. Even with all the early warning and attempts to uncover the reality of disinformation, our world still awakens again to images of death and destruction in almost disbelief. We don’t want to be reminded that Cain lifted his hands in violence against his own brother Abel. Yet this is our world and again and again we see it revealed in man’s inhumanity to man. We long to retire to a place that is not filled with the violence and the hatred that is Satan’s very nature.

The transfiguration of Jesus on the mountain is just what we need in this place and at this moment. We see a new and different picture emerge. Jesus’ “change” in His physical appearance in the midst of His communion with the Father in prayer points to the change He has been tapped to effect. In addition to His lightening-like appearance, Jesus is accompanied by those two Old Testament figures of Moses and Elijah whose ministry was completed by another. Even more revealing, Luke tells us of the content of their conversation and consultation. They were speaking with Jesus of His departure, literally His “exodus,” to be accomplished in Jerusalem.

Just as God used Moses to deliver the people of Israel out of slavery in Egypt and as God used Elijah to bring the people of God back to faith in Him, so God had elected His own Son to fulfill this work for all people through the cross and empty tomb. Of all the events in the life of the disciples, this watershed moment was critical for what later would be the core of their message to the end of the earth. Jesus was delivered into the hands of sinful man that He would deliver all men from sin and death. Jesus was raised from death on the third day to bring us back to faith and life in our Heavenly Father. This is the glory that Peter, John and James would reflect upon as they contemplated what His death and resurrection meant for us and all people.

Like Peter, we may often want to stay on the mountain and bask in the beatific vision. Yet Jesus’ return marks the reality in which we live too. We are not yet there. This is no heavenly place. Satan’s tyranny of lies and reign of death still impacts us all. Jesus’ death and resurrection IS the very change that changes and transfigures even how we face the changes of each day. The world can bombard us, but He has already won the victory! We have good news to share! We have people to pray with and for! We have work to do in telling all what we have seen and heard - God’s true yet hidden nature in all His Epiphany Glory!