From the Vacancy Pastor

Category: From the Vacancy Pastor 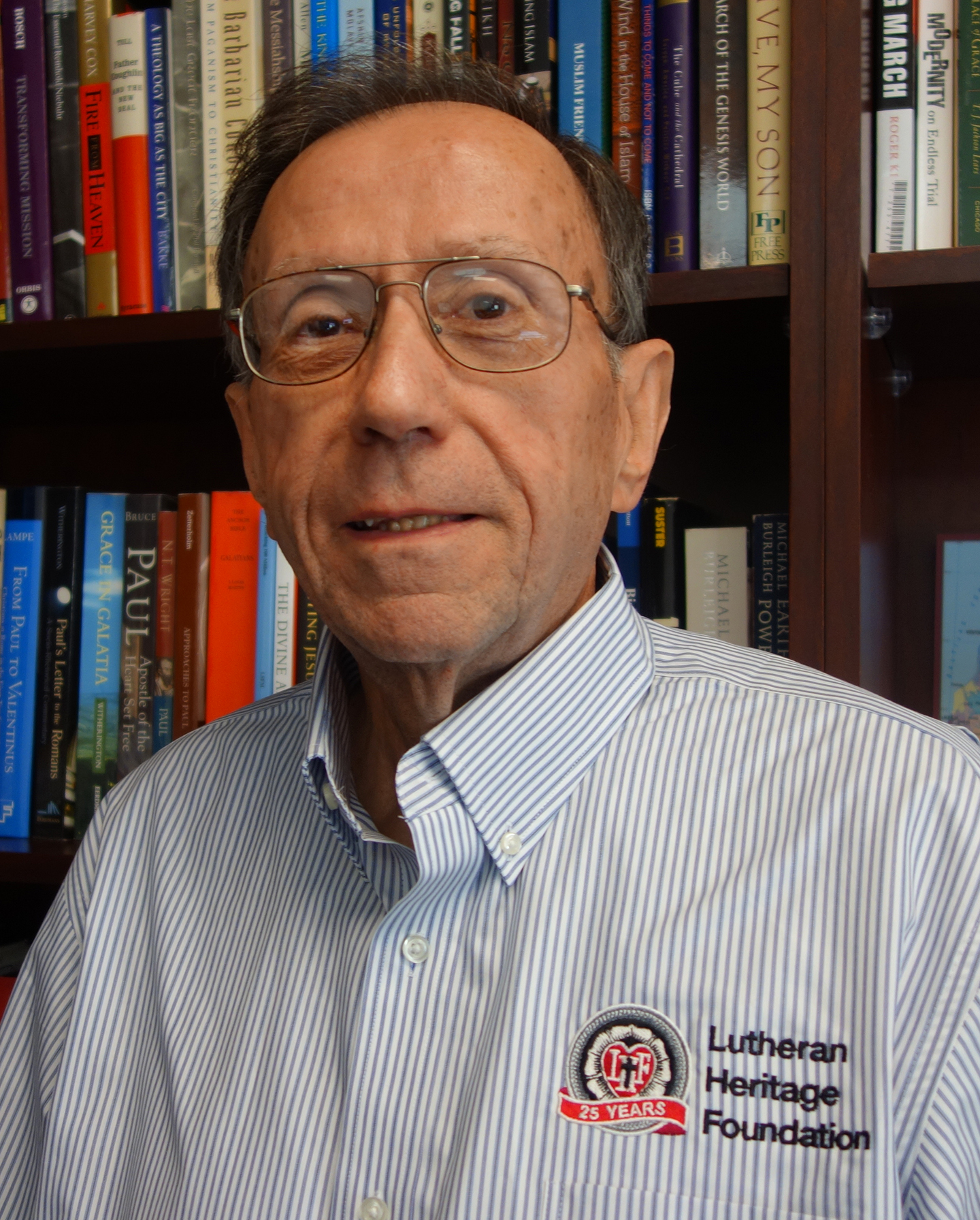 It is my delight and privilege to serve as your vacancy pastor during October-December 2018.

During your pastoral vacancy International Lutheran Church (ILC) should not simply stand still. The Gospel message needs to be proclaimed; the written Word of God needs to be studied; the Sacraments require administering; and the community begs for evangelization. You have my commitment to walk with you during what is both a challenging and an exciting time.

At the end of December 2016 I retired from full-time ministry after 44.5 years of service. Within that career I spent 11 years overseas in the Republic of Korea and in the Federal Republic of Germany. I also spent 13.5 years in academic teaching (Concordia, St. Paul, MN; Concordia, Austin, TX; Concordia Seminary, St. Louis; and Milwaukee Lutheran H.S.) and am still an adjunct instructor for Concordia University—Wisconsin. I was interim staff for the LCMS Commission on Theology and Church Relations for eight months. During 2012-2015 I was an LCMS liaison with the India Evangelical Lutheran Church (LCMS’s oldest partner church), taught at the seminary in Nagercoil, and made five trips to India. For 19.5 years I served at Elm Grove Lutheran Church, Elm Grove, WI. Since retirement I have taught twice at the Lutheran seminary in Odessa, Ukraine, and have served as vacancy pastor for the past 15.5 months at Christ the Life Lutheran Church, Waukesha, WI.

My involvement with ILC began during my years of service with the Lutheran Church in Korea (LCK, 1972-76). My typical Sunday morning schedule was to rise very early, travel to Osan AB, and conduct a Lutheran Communion service in the chapel at 08:00. Then, I hurried back to ILC in Seoul and taught the teenage Bible class. Finally, I rushed off to a local LCK parish and assisted the pastor there. I spent one week a month for two years in Pusan, where I helped establish the first two LCK parishes in that port city. I did receive two years of Korean language training at Yonsei University; however, you will find my language skills sorely lacking after 40+ years absence from the ROK.

I am also a retired USAF chaplain. As a career Reserve officer, I was privileged to serve at all levels of command, including a MAJCOM and two Numbered Air Force(s) in addition to base level. I did two tours in the Chief of Chaplains Office in D.C. and was the first-ever Reserve chaplain of any branch to serve on the Joint Staff of the Joint Chiefs of Staff. In fact, I was on duty with the Joint Staff on 9-11 in 2001 and stayed for nearly two months in volunteer status as we mobilized and deployed troops to combat the Taliban. I retired in 2002 with the rank of Colonel.

I currently serve as a Commissioner with the City of New Berlin Police and Fire Commission. During 2018-2019 I am also serving (for the second time) as President of my local Whitnall Park Rotary Club and will attend local Rotary Club meetings while here in Seoul. I intend to fulfill my duties with those two organizations through Skype or FaceTime video conferences.

I very much look forward to walking together with you in ministry. You will find me to be a hard worker, a good bit academic, and always a joker with a very dry sense of humor. My son, Christoph-Martin Mattias Myers (born while I was serving the English-speaking Trinity Lutheran Church in Frankfurt/Main, Germany), will join me for three weeks in November-December. His mother, who taught French at Seoul Foreign School, and I met here in Korea.

Thanks for asking me to serve!