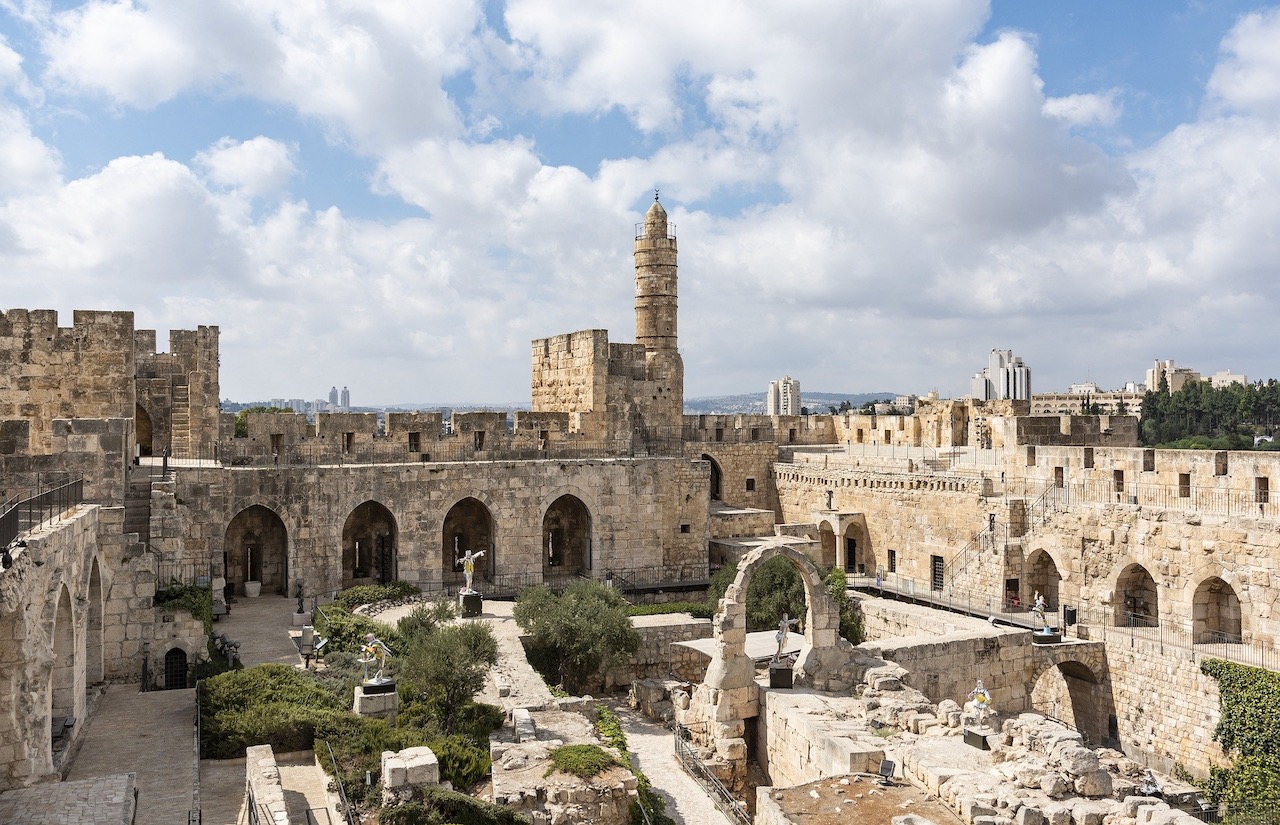 Behold, your house is forsaken. And I tell you, you will not see me until you say, “Blessed is he who comes in the name of the Lord”  (Luke 13:35 ESV). For our sake… Jesus – the very House of God – was forsaken. Today at International Lutheran Church, we continue our Lenten journey to the cross and Jesus’ ultimate rejection in Jerusalem. His clear understanding of this outcome miles ahead graphically prepares us to accept it “for our sake.” His rejection was no miscalculation of the situation, but the determined embrace of a hen that gathers her chicks so that they would be spared.

One major theme of Luke’s gospel is the importance of Jerusalem in the events of Jesus’ life, death and resurrection. We saw last week the epic battle between good and evil played out in the 40-day temptation of Jesus in the desert by the devil. We recall how it ends at the temple and the fulfillment and interpretation of God’s own Word. Later, Luke tells us that “Jesus set His face toward Jerusalem” (Luke 9:51,53). Some translations use “resolutely” or “determined” to describe the focus of Jesus’ journey ahead. Today in Luke 13 we see how Jerusalem will be the place of Jesus’ ultimate rejection even as Herod is making murderous threats.

God’s plans in Jerusalem happened much earlier than this, though. The Old Testament passage from Jeremiah 26:8-15 reflects this as we see the prophet being rejected and even sentenced to death for his critical and very unpopular prophecy concerning the “desolation” of the “House of God” or the temple in Jerusalem. Why? We have to go back a bit further to see that this place was in fact where David had stayed the hand of the Lord in His retribution for David’s folly in numbering the people (1 Chronicles 21:25-27). There, on Ornan’s threshing floor that David bought, Solomon would later dedicate the temple for the LORD, and in his prayer would even recognize the unique function of this place as the very location of God’s mercy and where sins are forgiven (1 Kings 8:22-53). In a sense, the temple embodied the identity of God’s presence and His special – chosen – relationship with God’s people. No wonder Jeremiah’s prophecy would be met by such fierce rebuke and anger! He was seen as blaspheming God and all His promises.

But here is the very rub. Though God provides a place for sacrifices and atonement to be made, our sinful nature either rejects and detests the idea that we should ever be shown our sin, or we refuse to think that God can remove our guilt without some cost on our side of things. We imagine that there must be a price or portion that we do to make us worthy to receive such a gift. So, when Jesus calls to Jerusalem with tears (Luke 19:41), he shows that the very rejection that we deserve will come upon Him. Jesus – the embodied presence of God on earth – will be the hen’s gathering action as He calls all His chicks under His wing. He will suffer the rejection of God on the cross and cover our sins. For our sake, Jesus – the Chosen One of God – is rejected and forsaken. While Jesus’ life and death casts out our demonic foe and heals all our ills, He is left desolate and alone. Yet, on the third day, He finishes the course and wins for us a citizenship not on this earth that comes and goes with promises that fade, but that heavenly Jerusalem that is our true home.

Many of us have been moved by the enormous and unfathomable crisis in Ukraine. We have witnessed the displacement of over two million people under horrible conditions in the last two weeks. Theirs is the story of 26 million refugees and 82 million displaced people worldwide according to the UNHCR. While Jesus’ flight to Egypt as a child did not end His driven life, your eternal home and mine is what moved him, drove him to go all the way for each and every person that is made in His image. As we find ways to comfort and care for all displaced people no matter where they are, our greatest gift is to share with all the home that has been built not with human hands but with God’s love and grace. For our sake, Jesus was rejected that we would be welcomed and received!