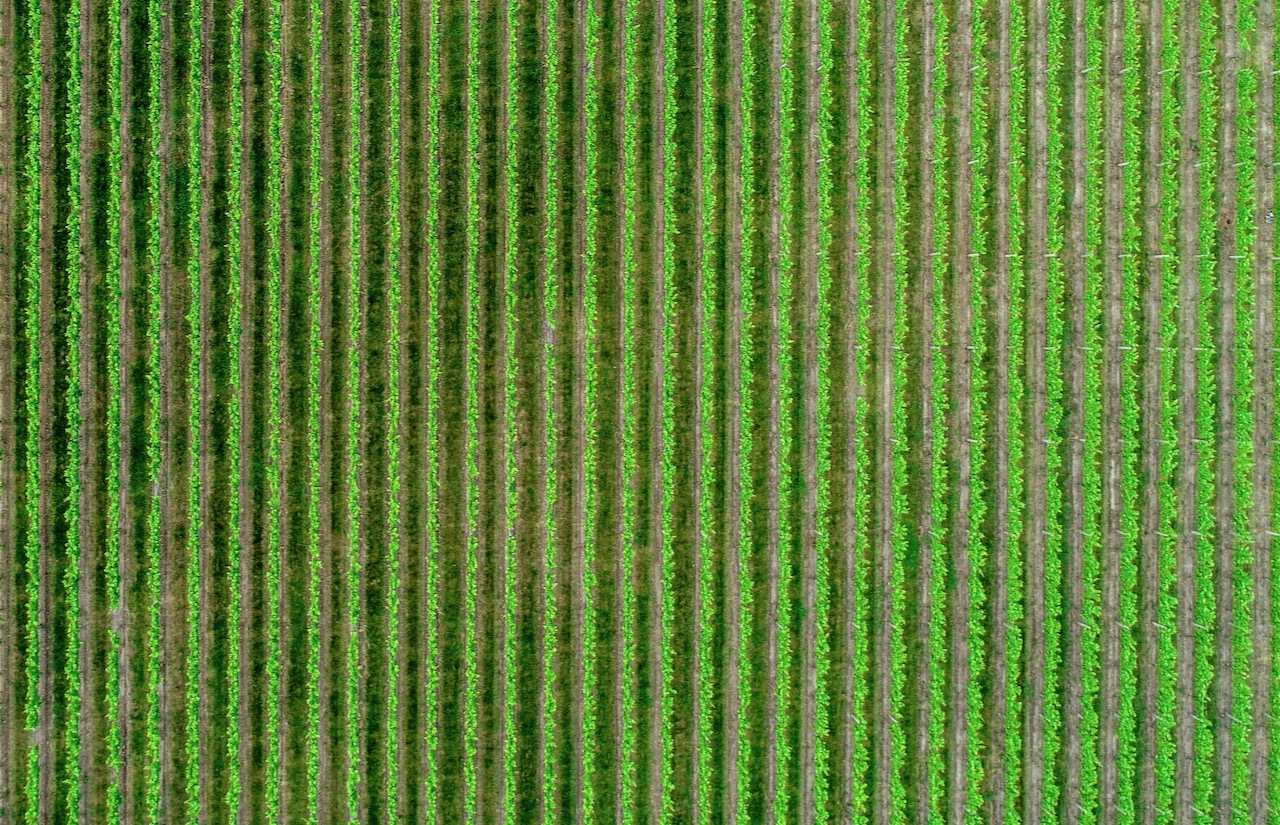 And he [Jesus] lifted up his eyes on his disciples, and said: “Blessed are you who are poor, for yours is the kingdom of God” (Luke 6:20 ESV). The Light of Epiphany creates out of chaos a new order that is built not upon the standards of this world but rather upon Jesus, the One who became poor, that we might become rich in Him. Today at International Lutheran Church we continue our reading of the gospel of Luke and hear this amazing proclamation of the Kingdom of God in Jesus’ Sermon on the Plain.

Having grown up on the plains of Iowa, there is one thing I can relate to here – endless miles of open space upon which the farmer has unfettered opportunity to sow the spring crops. I should correct myself: growing up most of these farms were separated by simple fences. But today, as likely before the family farm had arrived, that land was without boundaries, at least no natural ones as far as one could see. I remember driving home from college numerous times and reflecting on the endless rows of corn on one side of the road and soybeans on the other as the sun set in the distance. Endless is the word that comes to mind!

Luke tells us that there were so many people coming from across the whole of the land of Israel that Jesus needed a flat and level place from which to see and care for all these people. He came down to the plain, Luke says. We should note, too, that Luke tells us in the verses leading up to this point the progress of God’s Epiphany Light. Jesus had spent the night in prayer to His Father and then in the brilliance of the day He chose from among those following Him twelve who would serve as apostles - messengers of the Kingdom of God.

Here we see, then, how the Light of God’s Epiphany in Christ now creates the very framework through which He would serve all people. In a real sense the Sermon on the Plain is taking us into the re-creation story itself as God in Christ orders all things through His powerful Word! Just as God’s Word separated the light and the dark, the water above from the water below, and the land from the sea, so now Jesus’ Word sets the boundaries and markers of His Kingdom, the blessings and curses, the do’s and the don’t’s, the right and the wrong. The very term that Jesus uses – makarios – or “blessing” (bok in Korean and fu in Chinese) is first used in the garden as God laid out the parameters and boundaries of His creation for the first man and the first woman. This blessing is repeated again and again until that day when Moses led the children of the Exodus to the very boundary to which he could not cross and laid before them the blessings and curses (cf. Deuteronomy 28). And even as the curses that Moses had clearly articulated were coming to pass in the life of Jeremiah, he, too, points to the truth of Psalm 1 – “Blessed is the man who trusts in the LORD” (Jeremiah 17:7). We hear the word “blessing” today and we think of wealth, health and wise! But from the beginning, “blessing” is rooted in God alone!

This is why the four blessings and four woes of Jesus’ Sermon on the Plain seem to us upside down as He declares, ‘Blessed are the poor, the hungry, those who weep, and those whose names are reviled!’ Who would want any of that! Instead, the things we long for and pursue our whole life long - riches, satisfaction, happiness and a stellar reputation - are doomed! But this is the very point and crux of the difference of the very boundary to which Jesus has committed. He came not seeking wealth, satisfaction, endless joy or even a pleasant reputation. He came to be poor, to be hungry, to weep as we can never truly understand. His tears that night in the garden literally tore Him to pieces. For your sake and mine, He was reviled and hated and rejected as the refuse of the world, so that your poverty and mine and that of the whole world would be filled with His grace. That is the Kingdom and Reign of this King. He did not come to tax our life away but came to be leveled into the dust of the earth so that in and through Him all things would be made new. He was plowed over that we would sprout anew. He died that you and I would live in His Kingdom both now and forevermore.

You see, as Jesus speaks His word, the poor, hungry, weeping, and reviled of us are comforted. Through His cross He even transforms the pain in our lives to His glory and for the good of our neighbors. Nothing is wasted or meaningless. In the cross, our weeping will be turned to joy. We do not need to dread the day when we have the opportunity to share His Name. Instead, we skip and leap with joy because His death and resurrection have won for us a pleasure that this world needs to know. But if we have been trusting in our own hard-earned riches, or if we have been trying to satisfy ourselves with our own accomplishments, or simply tried to laugh away the pain all around us, then this is also the wakeup call for us to consider where all this has gotten us, and to consider what is yet to come.

As Jesus came down on to the plain that day, His power was poured out to heal the sick and deliver the oppressed from everything that was upon them. Like the light that shattered the darkness, His Word this morning brings us into His realm of grace and mercy right here and now and makes us heirs of its greatest treasure – Jesus! With eyes looking upon you he says, “Blessed are you who are poor, for yours is the kingdom of God.”