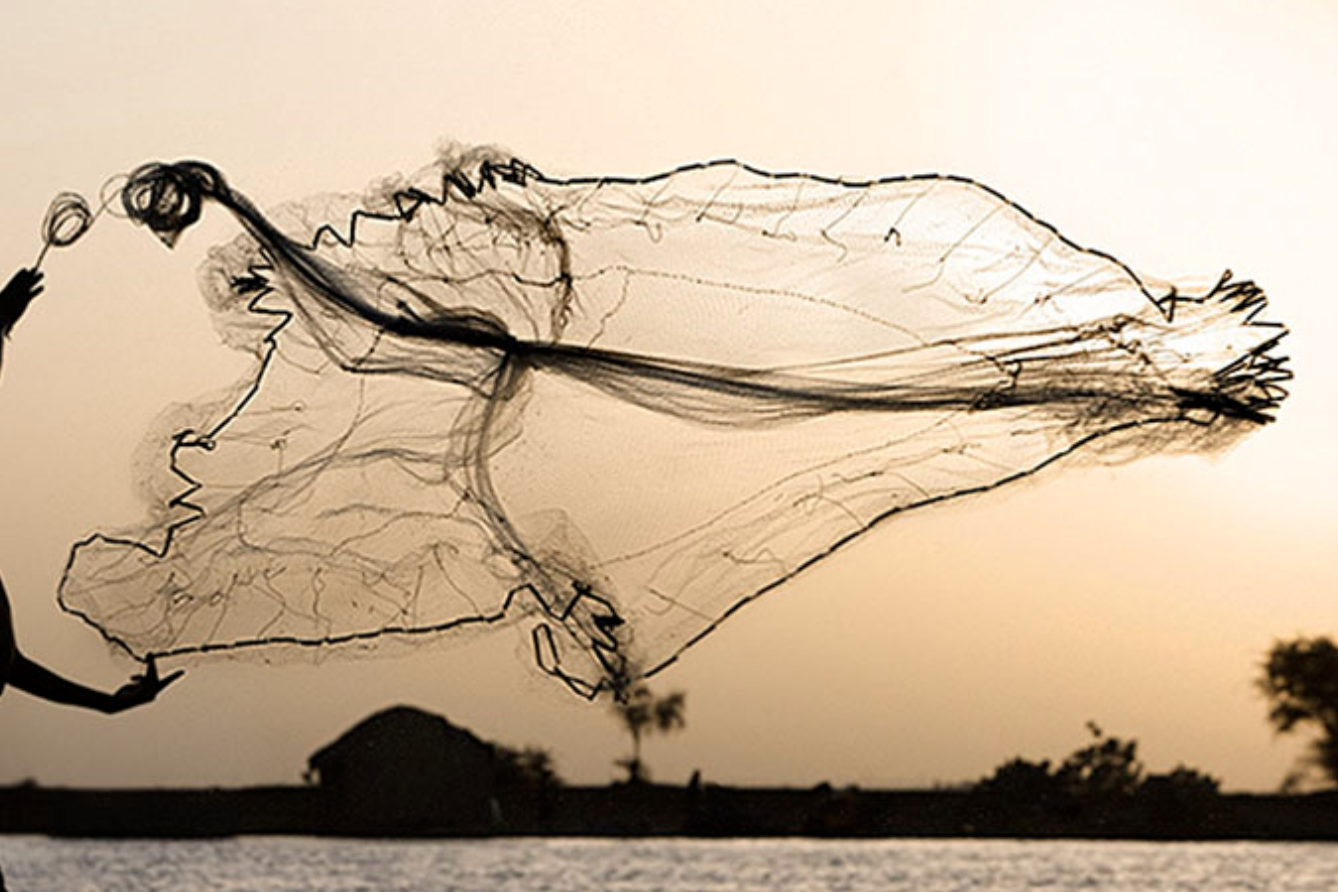 And Jesus said to Simon, “Do not be afraid; from now on you will be catching men.” And when they had brought their boats to land, they left everything and followed him (Luke 5:10b-11 ESV). The Light of Epiphany plunges the deep and draws out of the darkness a catch that ultimately frees all to follow. Today at International Lutheran Church, we continue our encounter with the “light” of Jesus’ Epiphany and how that light draws us in and captures us alive!

Some years ago, we went with our congregation in Hong Kong on a squid fishing outing. I had fished before in the small lakes of Northern Wisconsin and the rivers and man-made lakes of Iowa. But this was my first-time squid fishing! What was immediately different about the whole event was that we set out late in the day almost nightfall and fished in the dark waters near Lantau Island. With big flood lights turned on the surface of the water, the captain said, “Throw your lines in!” And we started catching squid. I don't think we got much; at least I didn’t. I just enjoyed the conversation and opportunity to talk to our members and guests who were interested to join us. I enjoyed it all, but I wasn’t about to change careers. Part of our problem was our lights weren’t bright enough. You could see the commercial vessels with all kinds of fancy flood lights shining away. I think they were also probably using nets unlike our lines and hooks.

Why a story about fishing? Because this is the moment when we see that the Light of Jesus’ Epiphany “calls” us, “captures” us and brings us into a new relationship with Him, creating not only a new identity, but a new profession! The mixture of metaphors or allegorical elements should not distract or confuse us. Jesus’ popularity is growing because of the things He is doing, and also the things He is saying. Jesus is teaching the people the “word of God,” Luke says! They are hearing not just a prophet but the LORD Himself share with them the truths of His love and care for us all. Luke says that Jesus uses the lake as a kind of sound projection and the boat as a way for Him to speak to the growing crowds. Simon and his buddies don’t mind - they are busy washing the nets and certainly willing to let Jesus take advantage of their unused equipment. What happens next is the catch. But not what we would think. Actually, this kind of capture makes free.

Jesus’ request to Simon is simple enough. “Let’s go fishing!” And even though Simon notes the unlikely result, he has certainly seen and heard enough that Jesus’ word is to be at least considered. What Simon, and honestly myself included, don’t often capture is the depth to which Jesus’ word goes. Somehow it can get past all the obstacles and hidden parts of our own hearts to grab ahold of us. But I should be careful not to allegorize the reality of the many fish that were caught that day. Indeed, there were so many fish, in fact, that Simon and Andrew had to signal to James and John by motioning with their heads that they needed help as their hands were busy. Luke says that there were two boats full of fish to the point where they were about to sink! There was nothing ordinary about this at all! This is why Simon would say, “Away from me.” He was scared to think about what this meant. Jesus is not just a Master – He is LORD – God in the flesh! Just as Isaiah was undone, or Moses, or Jacob. To see God can only mean to have all our sin and brokenness exposed in the Light of His Epiphany.

Yet, Jesus came for this reason and sent Simon out into the lake that He would catch not fish, but a man – Simon; and not just one, but his brother and his friends and partners. Jesus says only “Don’t be afraid!” Why? Because we have a new identity in Him. We are no longer sinners, but saints. Our new identity also makes us part of His fishing expedition to catch one and to catch all people to life. They got up and left all, because in Jesus they had found something more precious than anything else they had ever experienced. They were recipients of His grace and freedom! Jesus would not just venture to the middle of a lake to perform a miracle of a great catch of fish, but he would be let down into the depths of our sin on the cross that God would capture us from the grip of Satan and bring us into His marvelous Light.

And now, this morning this call is fulfilled in our lives. His word is penetrating the dark and deep of my soul and yours that we would not be caught to death but caught to life in Him. He is inviting one and all to come as see. Taste and touch. Feel the wind in your face and the swell of His love for you. Even as you and I are now a part of His “nets.” Your life has been captured and transformed in Baptism through His Living Word. He has made us His “dragnet” unto life. Our faith is not just a personal deposit for ourselves but a call to all to follow and fellowship in Him.

Just as Luke was caught up in the story of Jesus’ call to the first disciples, Jesus’ words captivate not only the crowds, not only Simon and his partners, not only even Luke, but you and me to a new life of “capturing” all to follow our Savior Jesus.