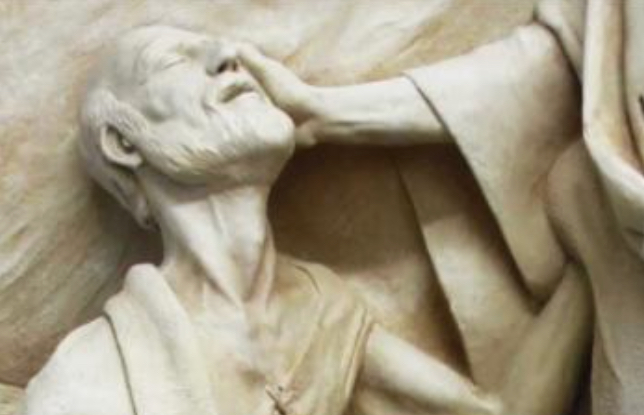 And looking up to heaven, he [Jesus] sighed and said to him, ‘Ephphatha,’ that is, ‘Be opened.’ And his ears were opened, his tongue was released, and he spoke plainly (Mark 7:34-35 ESV). With this simple word, Jesus opens the ears of the man who could not hear and unties his tongue so that he can speak plainly. Today at International Lutheran Church, we finish listening to Mark 7 as we consider what we will say about Him who “does all things right.”

Part of the character of the gospels is that they record both the words and the deeds of Jesus. We started this chapter listening to an argument over “clean hands” and shifted to a question about the observance of religious food laws that had been handed down from one generation to the next since the time of Moses. By undoing the fetters of the law on our lives, Jesus has continued what He had started in the miracle of the feeding of the 5,000 – namely pointing to the greatest miracle of all that He is the living bread. His Life is what saves us and makes us holy and keeps us pure, not our own attempts to make ourselves holy, clean, or pure.

This challenging teaching about God’s grace in Jesus is underscored by two miracles – the healing of the daughter of the Syrophoenician woman (Mark 7:24-30) and the healing of the man who was both deaf and mute (Mark 7:31-37). In both cases, Jesus speaks a word, a simple word, and they are restored. The daughter, though not of Jewish descent, is freed of her bondage to demonic forces and the man is given to hear and speak plainly. Both miracles fulfill the words of Isaiah 35 when the prophet foresaw the day when the blind would see, the deaf would hear and the mute would speak. While it may have been interpreted metaphorically as “the time when creation would be restored,” here in Mark it becomes literally acted upon the lives of those “in a wilderness” of their own. Even as these ailments were often seen as the curse of God upon the person and “evidence” of their separated state from God, here they are freed and made well and good by the simple actions of Jesus. While many may wonder “Where is God?” in the presence of calamity, here He is! In the flesh, touching and spitting and sighing!

Mark’s gospel, while shorter than the others, often gives us extra details that maybe seem a little inconsequential, and often without much explanation. The healing of the daughter is a bit tough as we might come away thinking Jesus to be demonstrating the worst of cultural insensitivity. But as we hear this “sign” in Jesus’ exchange with the deaf man, perhaps we can see just how much must be endured by the Potter turned into Clay. As the woman looked beyond the cultural distance and barriers that we all endure, Jesus was pointing to the faith that we must all have in embracing Him to secure the hope that goes beyond human understanding. The man who could not hear is spoken to as if he can, and so he does! Both show us God’s good will and grace made personal and tangible. In fact, Jesus would “sigh” on the cross, and with His last breath drive out Satan by releasing us from the consequences of sin, and with His Spirit and Word, open not just our ears but all of Heaven to you and me in pouring out His Spirit. Neither of these actions were the result of resignation, but clear and simple determination! The fact that Jesus’ command not to tell is ignored, and all in that place heard again and again of these things that Jesus had done, points us again to the interpretation that “He [Jesus] has done all things well.” In His Word today, the simple word we read and hear and share, Jesus, too, is opening heaven for you and me. He is unstopping our ears and loosening our tongues so that all would know Him who “does all things well.”