LATEST UPDATE: As of Sunday, May 30, ILC is live streaming our services. Please watch the service here live, or later as a recording. Or, sign up for The Messenger for a registration link to attend our limited in-person Socially Responsible Services. 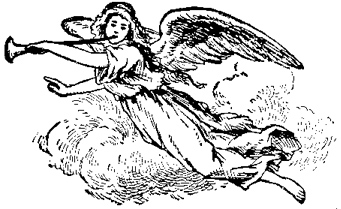 For He will command his angels concerning you to guard you in all your ways; they will lift you up in their hands, so that you will not strike your foot against a stone (Psalm 91:11-12).

Alice had for many years envisioned herself as a courier someday, somewhere, for some unknown reason. She had communicated this desire to God. She was getting eager to travel again, but we could not afford it. I understood what she had in mind but did not think God had any plan for such an adventure.

Our 30th wedding anniversary came on August 7, 1995. How could we celebrate? One day a telephone call came from our son Kurtis. At that time he was attending Concordia Seminary in St. Louis, Missouri. His future wife, Teresa, had met a man named Charles McNutt through her job at the synod’s mission department. His request was to find someone to accompany him to give his truck away to a missionary in Guatemala. We could think of no reason why we could not do it. Charles would pay our way there and fly us back to the USA. We prayed, and God answered, “Go!”

It took us exactly one week to arrive at our destination in Guatemala, but it included some of the most intense and extended prayer times in our lives. It was like our own week-long prayer vigil. Alice or I, sitting in the back seat was the one who silently prayed for safety. The one who sat next to Charles, our financier, maintained a running conversation. At age 77 he was an interesting character with nonstop stories. He had been an air force pilot during the Berlin airlift following World War II. Unfortunately, his driving was a holdover from his younger risk-taking days. His desire was to pass all vehicles ahead of us.

At the passageway through southern Mexico leading into Guatemala we had one of the most dramatic answers to prayer of our lives. We had driven down the beautiful scenic eastern side of Mexico and were told to avoid a certain section due to rebel fighters in the area; so we took the crossing connected with the Pan American highway. We had to go through five checkpoints. While Charles went into a building with our passports, a man named Leo suddenly appeared at my right side; he was licking an ice cream cone. I did not hear him come up next to me. He started a friendly conversation in English; everyone else in the area was speaking Spanish. We found out he did not have a vehicle of any kind there. Eventually Charles invited him to join us in our travel to Guatemala City. He provided the help we needed to get through the government’s inspections and assessments without a hitch. As we drove nearer to our destination, it started pouring rain. Leo directed us in taking the correct turns and ultimately found us a place to stay for the night. It was a beautiful motel. We surely would have missed the place without his guidance. After joining us for an evening meal he excused himself and walked off into the night, never to be seen again. Leo was an answer to prayer that I won’t forget. To this day my wife and I have wondered if he could have been an angel, with a sense of humor from God. Of course, our mission was finally accomplished as Charles handed over the keys for the truck to the agricultural missionary, Martin Brodbeck. Our 4,000-mile trip was not easy, but provided a memorable celebration for our thirtieth wedding anniversary.

Yes, I do believe God does send His angels to us to protect and guide us. Scripture is very clear that angels do appear in human form to mortals (see Gen. 19:1-22, 32:1; Matt. 28:2-4; Acts 5:19-20). God loves us so much that He takes care of us in ways we can’t even see. Angels are one of these ways. Sometimes God gives an angel a body like a person, so that the angel can do a certain job. To be touched by an angel is good but to be touched by Jesus is the best of all.

Have you had an angel-like experience or know of someone who has had one?

In His service,
Pastor Bob Smith