ILC Services Remain Mostly Online Because of the COVID-19 Virus. Please Worship With Us Here on This Site!

In the world not of the world.

That is a popular phrase in Christian lingo.  I’ve even heard it shortened to the phrase, “In it not of it.”  It doesn’t get much more shorthand it than that:

In it not of it.  Preposition – pronoun – preposition - pronoun.  Only a Christian would understand the meaning.

“In it not of it,” means we followers of Jesus Christ still live in this world for the time being, but we are not of the world, meaning we do not belong to this world.

When it comes to Christians, and our relationship to this world, we tend to make one of two errors.  For two thousand years Christians have been wrestling with this question: How do we live in the world but not become like the world around us?

So some have thought the answer is to remove ourselves from the world… Maybe take monastery life, monks and nuns, or even the Amish as an example.

Other Christians have been so closely aligned with the world that they feel no discomfort whatsoever.  They have no desire to withdraw because they feel right at home.

The first tendency forgets that Christ prayed that we would remain in the world.

The second tendency forgets that Christ prayed that we would not be of this world.

We are not to be of the world because we are now of God, we are bound to his name, as he has been revealed to us by the Son.  We no longer belong to the power that is at work in this world, we now belong to our Creator, we are His.

Once you are a follower of Jesus Christ you are not longer meant to conform to the norms and the values of the world around you, but, instead, to conform more and more to the image of Christ.  These things are not compatible.

And yet you are called to remain right here.

The reason for that is: wherever there is darkness the need for a light remains.

We just replaced a lot of the old tube fluorescent lights up at the parsonage.  You know a lot were not working, and it was hard to find the little starter fuses.  And fluorescent tube lighting is not the most pleasant.  So, we got brand new LED panel lights, it’s brand new technology.  It looks great, like daylight, and you can look at it without hurting your eyes.  No flickering, no buzzing, I love it.

We need those lights because it’s dark.  We need to see our way down the stairs in the dark or we will trip and fall.

People making their way in this world need the light of the Gospel.  There are so many dark corners, so many traps, so many ways to trip people up.  And hopefully the church of Christ is a light in that darkness. Hopefully we are living in a way that sheds light on the darkness that surrounds.

This little light of mine, I’m gonna let it shine.

Sometimes I’d like to hide it, keep it in a safe place.  But then, if I do that, the light cannot do its job.  Therefore, we remain in the world and act differently so that we can be a light to the world

Have you ever looked at a bright flashlight in the middle of the day?  It’s hardly noticeable.  We have two LED floodlights that shine on the cross outside of the church.  They are on a timer.  I try to keep the timer close to sunset but it’s hard to keep up with it.  Sometimes those floodlights turn on when it’s still bright outside and then they don’t do anything, they don’t make the cross stick out.

What I mean is that when a light looks the same as all the light around it, no one will notice that light.

We are to be a peculiar people, not normal people.   People who live according to the value system of this world should be confused by your value system and the way you live your life.

In the world but not of the world

Where is the line?  Well that’s a hard one.  I’ll throw out a couple of examples.  If you can name more members of the Kardashian family than you can name out of the twelve Apostles you might be a little too of-the-world.

On the other hand, If you don’t have a single person in your life who totally disagrees with you about faith and God then you may have retreated a little too far out of the world.

The Apostle Paul lived right in that sweet spot I think.  In it not of it.  He was so strange and so weird, and so off according the culture of his day that he was constantly being beaten and arrested and opposed at every turn.

At the same time, he never shrunk back or stopped interacting with those who opposed him, he always charged forward and moved through the many cities of the Roman Empire at a time when it was at its peak, the very definition of worldly power.

I want to live in that sweet spot too.  I don’t feel like I’ve gotten there yet.  I care a little too much about things that won’t matter in eternity, and I don’t care enough about the things that will.  But I feel I’m moving closer all the time.

And you are too.

It’s helpful to remember that today’s reading is not a list of commands.  It is a prayer for you. If you go back to the beginning of chapter 17 it says that when Jesus had finished saying many things to his disciples, he stopped.  He looked up into heaven, and he began to pray: “Father the hour has come…”

Jesus began to pour out a prayer for all believers for me and for you, what is called his High Priestly Prayer.  Jesus was praying that you may remain in this world but not be of it, not change and become like it.

And we can trust and believe that the Father, is answering that prayer.  He is at work in your lives. 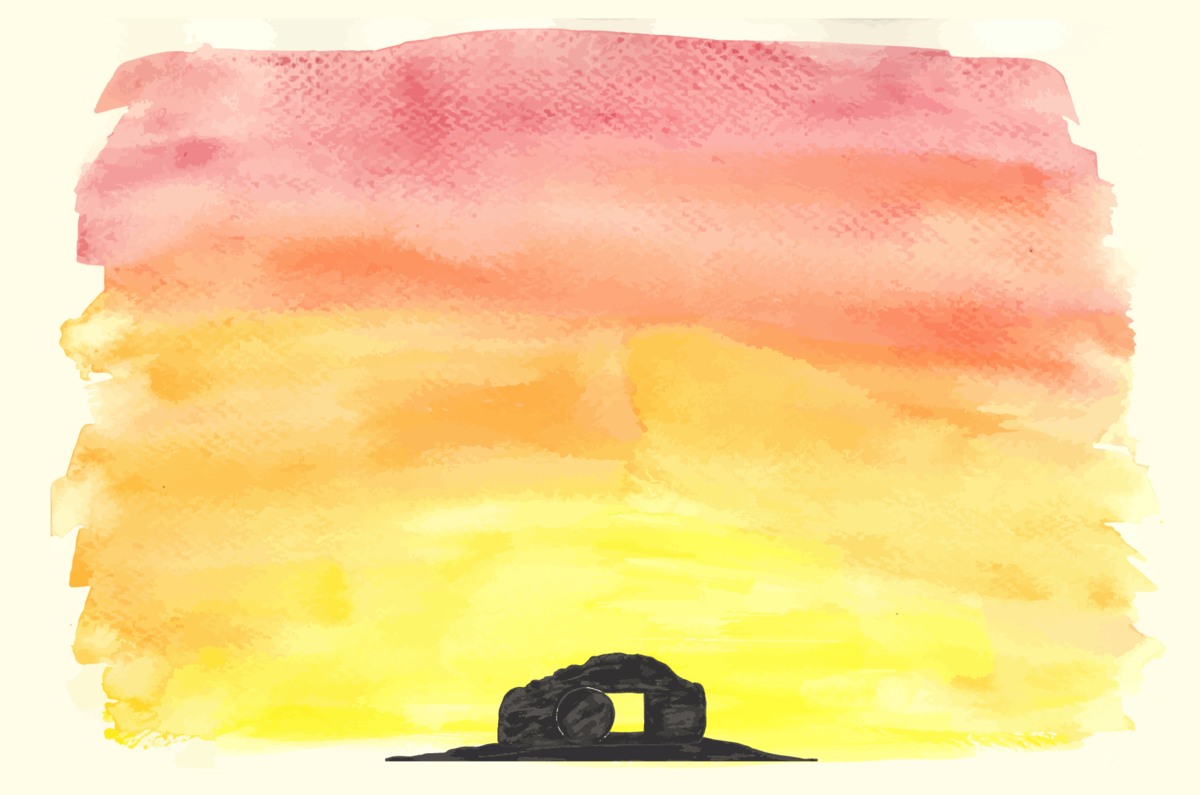 As I Have Loved You, Love One Another

Then He Opened Their Minds